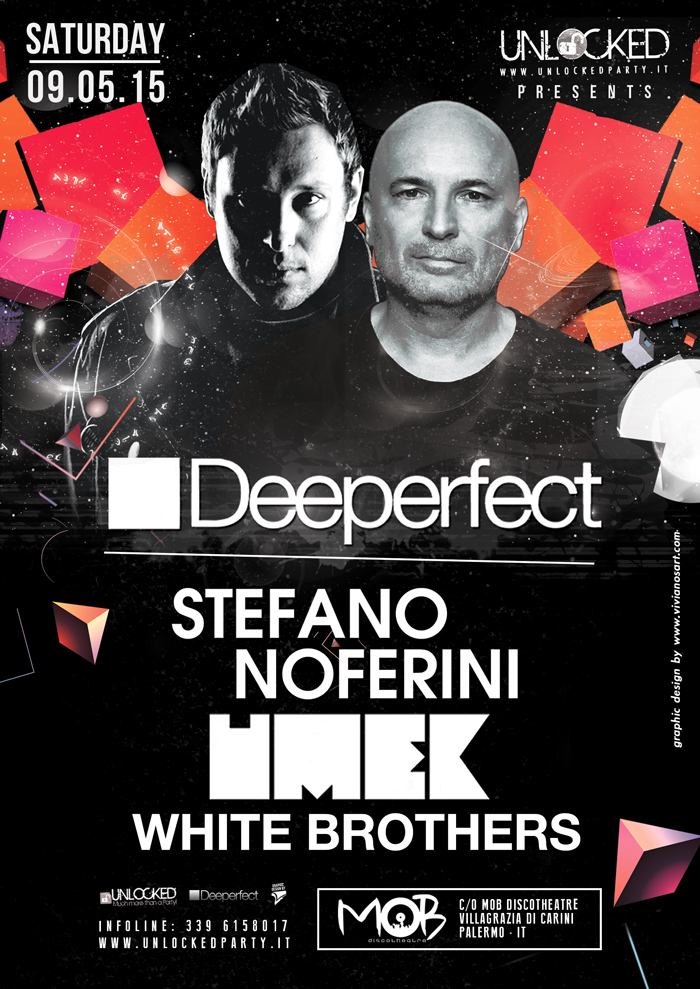 On Friday 9th May 2015, Italy’s Stefano Noferini will be taking over Mob in Sicily’s capital city, Palermo, along with Slovenia’s biggest export, UMEK. Stefano and UMEK have shared the decks at some of the world’s most popular venues including the notorious Privilege Ibiza, the iconic Clevelander Hotel in Miami as part of WMC 2014 and Italy’s very own, The Box in Florence. Now the duo is combining forces once again, to bring their trademark tech-house and techno sounds to the beautiful island of Sicily. As this Deeperfect event looks set to be yet another amazing experience, make sure you come along to Mob from 11pm.